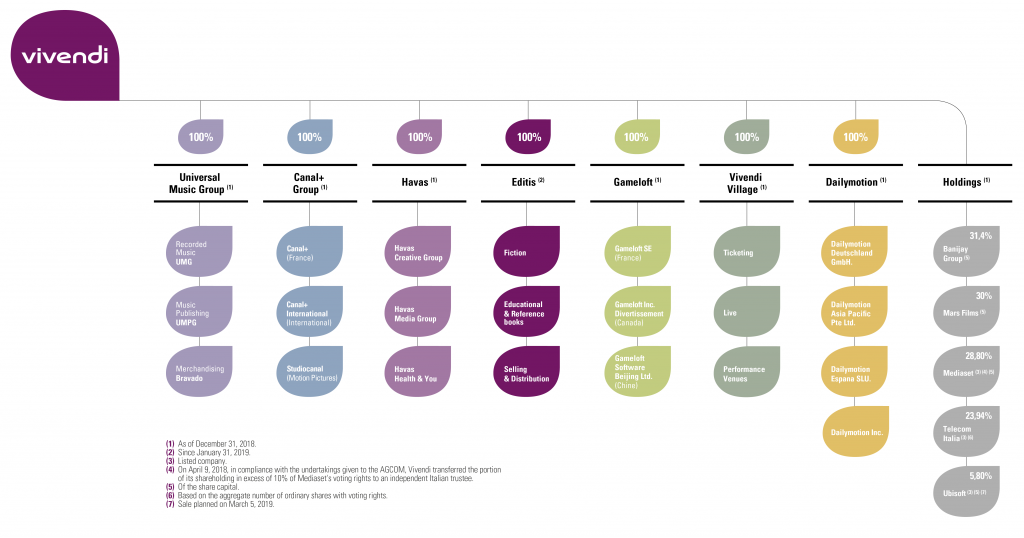 For a detailed description, please refer to Notes 1 and 28 to the Consolidated Financial Statements for the year ended December 31, 2018.

Vivendi made changes in the presentation of its Consolidated Statement of Earnings as from January 1, 2017. For a detailed description of these changes in presentation and the reconciliations to previously published financial data, please refer to Note 1.2.1 and Note 28 to the Consolidated Financial Statements for the year ended December 31, 2017, respectively.

In addition, Vivendi changed its definition of Financial Net Debt (or Net Cash Position) during the fourth quarter of 2017. For a reconciliation to previously published financial data, please refer to Note 28 to the Consolidated Financial Statements for the year ended December 31, 2017.

Vivendi deconsolidated GVT, SFR, Maroc Telecom group and Activision Blizzard as from May 28, 2015, November 27, 2014, May 14, 2014, and October 11, 2013, respectively, i.e., the date of their effective sale by Vivendi. In compliance with IFRS 5, these businesses have been reported as discontinued operations for the relevant periods as set out in the table of selected key consolidated financial data below in respect of data reflected in the Consolidated Statement of Earnings and Consolidated Statement of Cash flows.

In millions of euros, number of shares in millions, data per share in euros.

(a) The non-GAAP measures of Income from operations, EBITA, Adjusted net income, Net Cash Position (or Financial Net Debt), Cash flow from operations (CFFO) and Cash flow from operations after interest and income tax paid (CFAIT) should be considered in addition to, and not as a substitute for, other GAAP measures of operating and financial performance as presented in the Consolidated Financial Statements and the related Notes, or as described in this Financial Report. Vivendi considers these to be relevant indicators of the group’s operating and financial performance. Each of these indicators is defined in the appropriate section of this Financial Report. In addition, it should be noted that other companies may have definitions and calculations for these indicators that differ from those used by Vivendi, thereby affecting comparability.

(d) On June 30, 2014, Vivendi SA paid an ordinary dividend of €1 per share to its shareholders from additional paid-in capital, treated as a return of capital distribution to shareholders.