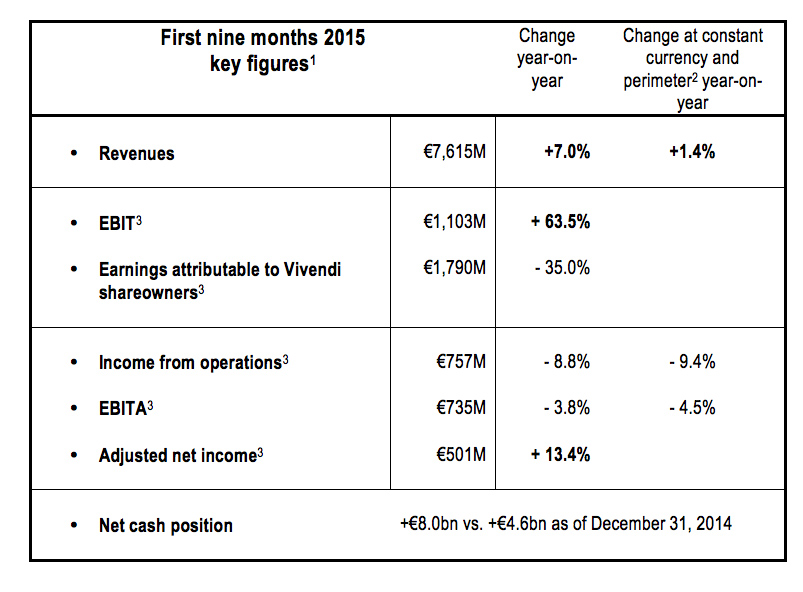 –        their contribution, until their effective divestiture, to each line of Vivendi’s Consolidated Statement of Earnings (before non-controlling interests) has been reported on the line “Earnings from discontinued operations”;

–        any capital gain recognized as a result of a completed divestiture is recorded under the line “Earnings from discontinued operations”;  and

–        their share of net income and the capital gain recognized as a result of a completed divestiture have been excluded from Vivendi’s adjusted net income.

[2] Constant perimeter allows for the restatement of the impacts of the acquisitions of Thema on October 28, 2014 and Dailymotion on June 30, 2015.