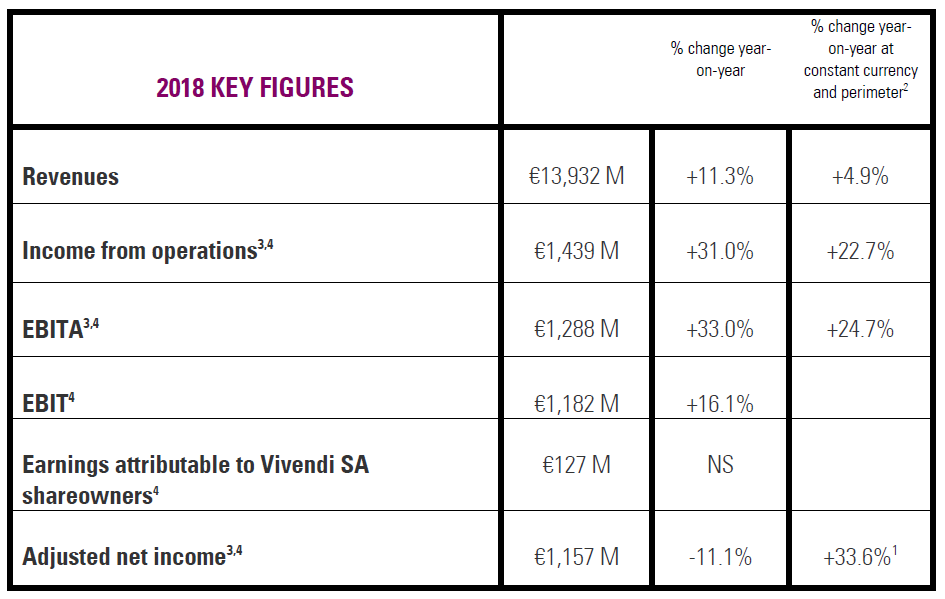 [1] In 2017, the adjusted net income notably included a tax income of €409 million following the favorable settlement of the litigation relating to the Consolidated Global Profit Tax System of 2011.