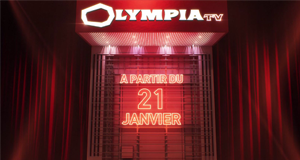 With Olympia TV and The Olympia Awards, live shows now have their own channel and dedicated ceremony.

Building on its privileged and long-standing relationship with artists, and in response to the lack of shows broadcast on television, Canal+ Group has chosen the brand “Olympia”, after the name of the iconic Paris-based hall, to strengthen its line-up of shows with the launch of Olympia TV, a new channel dedicated to live shows, and the creation of The Olympia Awards, a unique ceremony devoted to comedy and music.

Launching on January 21, 2020, exclusively as part of the Canal+ line-up and on myCanal, Olympia TV aims to become the go-to channel for live shows.

In order to give subscribers throughout France access to a wealth and wide variety of shows, the channel will be presenting a different genre every evening of the week at 8.30 p.m., including contemporary theater, pop/rock concerts, circus, magic, comedy, classical theater, opera, ballets and legendary concerts.

In addition, C8 has created The Olympia Awards, a new live ceremony presented before an audience and hosted by Antoine de Caunes at L’Olympia, which will present awards to the talented musicians and comedians seen on stage in France in 2019.

>> See the press release here (in French only).