‘Invisibles’: the first African original series from Canal+ is going to make a splash 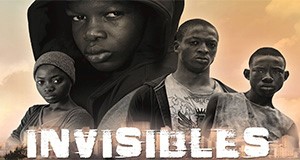 Tonight marks the launch of this 100% African series, a large-scale project coproduced by Canal+ International.

Broadcast exclusively on the African version of Canal+, the series “Invisibles” marks the launch of the African original series.

Directed and produced by Alex Ogou, “Invisibles” is a series of ten 52-minute episodes, designed by and for Africans. It plunges viewers into a society thriller where young offenders form an ultra-violent gang to survive. Both gripping and poignant, the series highlights a social phenomenon: disoriented youth fighting for a better life.

Canal+ provided strong backing for the creation of “Invisibles,” which required nearly two years of development, a year of production and five months of filming. In this way, Canal+ supported the complete talent chain involved in creating this series, while promoting African artistic production.

In September 2018, “Invisibles” became the first francophone African series to receive an “Out of Africa” award, winning the prize for the Best Foreign Francophone Story at the La Rochelle Festival.

Canal+ has been present on the African continent for over 25 years and currently provides coverage in over 25 countries through 13 subsidiaries and more than 50 partners and distributors. The group is the leading operator of satellite pay-television in French-speaking Africa.