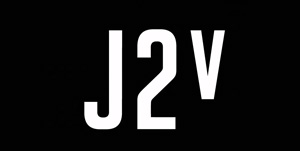 The multi-platform festival is the brainchild of London nightlife supremos LWE, part of U-Live (Vivendi Village). In normal times their teams would have just wrapped Junction 2, an escapist two-day festival for 30,000 electronic music fans beneath the M25 in West London. J2v packs all the creativity that fans have grown to expect from the multi award-winning promoters in a new digital experience.

A six-hour broadcast will take place from 6 p.m. to 12 a.m (BST) on July 11. It will see the creation of an online 3D platform that features four distinct festival stages that users can freely walk between. The immersive festival site will capture the imagination of the electronic dance community and deliver on Junction 2’s fundamental principles: the finest underground music, unique stage structures, mind-bending visuals and an inclusive atmosphere.

The full experience will be streamed at www.junction2.london, a place where you are free to roam and interact into the world, whilst communicating in real time with fellow attendees via a chatroom. J2v is also partnering with online music platform Beatport which will be streaming all four stages on www.beatport.com. The stream will also be syndicated via Beatport’s Twitch, YouTube and Facebook live network.

In addition, a collaboration has been set up with Gameloft, for which it was a natural fit to join this innovative digital experience. The partnership will see live sets streamed into the Asphalt 8: Airborne and Asphalt 9: Legend platforms.

Following a day of music, J2v will invite everyone to regroup on July 12 for stimulating panel discussion with some of the major players of the techno scene as part of a specially designed “Speakers Corner” in the tradition of the famous London one.

100% of profits from the virtual event will be donated to five major causes including Black Lives Matter and The Care Workers Charity.

A recent Vivendi Brand Marketing (Vivendi Village) report noted that 33% of Gen Z consumers will look to increase their attendance to live music events when restrictions are lifted, and 28% among the 18-35 years old. Ahead of that, a unique digital experience like J2v will pave the way for a new kind of summer party.