Popcorn vs marmelade, ‘Paddington 2’ in the UK cinemas! 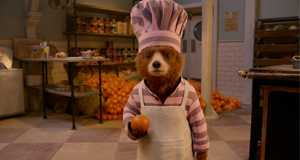 Paddington is back! The much-awaited sequel of the adventures of the beloved bear is released today in UK cinemas. A Studiocanal movie which also mobilized other Vivendi companies.

British newspapers are unanimous: The very British film every family MUST see this Christmas (The Daily Mail), Superior sequel full of charm and humour (The Independent), A deliciously funny Hugh Grant makes the bear’s sequel impossible to resist (The Telegraph)…

In this sequel, the little and very willing Peruvian bear takes it upon himself to buy a special birthday present for aunt Lucy: a magical pop-up book, which has also caught the eye of the villainous and bitter D-list actor Phoenix Buchanan (Hugh Grant), who will do anything to steal it. Paddington is definitely back, with even more marmalade and trouble!

This come-back has been supported by an active communication campaign led by Studiocanal, as well as The Copyrights Group, Universal Music and Gameloft:

No doubt the lovely bear will win the heart of British families again!