The Canal+ Group unveils an exceptional line-up for Cannes 2019 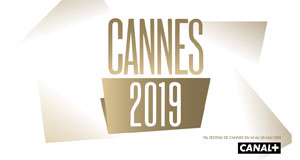 Once again, Canal+ will offer a wide coverage of one of the most prestigious film festivals.

The Canal+ group, official partner of the Cannes film festival for the past twenty-six years, will be supporting the 72nd edition, this year, from May 14 to 25.

The festivities begin on Tuesday May 14, with the live, unencrypted and exclusive broadcast of the opening ceremony, produced by Canal+ and presented by the Master of Ceremonies Édouard Baer under the aegis of the President of the jury, Alejandro González Iñárritu.

For this annual event, dear to the heart of all cinema lovers, Canal+ and Canal+ Cinéma (renamed Canal+ Cannes for the duration of the festival), the Ciné+ channels and the myCANAL and Dailymotion platforms will be dressed in the colors of the festival. All the glitz and glamour will be broadcast live from the famous red-carpeted steps on the Croisette every evening. For twelve exceptional days, all the group’s channels will be offering diverse and original programs, special broadcasts, unprecedented digital content and, for the first time, exclusive broadcasting of outstanding films from the 2018 official selection, plus others from previous editions, along with classic masterpieces that have shaped the history of the Cannes film festival. And, for the first time, twenty Golden Palm winners will be offered on myCANAL to be watched whenever the mood takes.

All the festival news, broadcast daily by the C8 and CNEWS channels, will be supplemented by a digital service and editorial coverage of events on myCANAL and Dailymotion.

Finally, on Saturday May 25, live, unencrypted and exclusive coverage of the closing ceremony produced by Canal+ will be broadcast and will reveal the winners of this 72nd edition of the Cannes film festival.