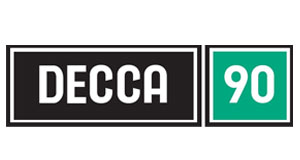 On October 8, the iconic Royal Albert Hall welcomed a star-studded array of musicians from Decca Records to its stage, as part of Classic FM Live.

Decca’s ability is to cherry pick the finest talent from all ages and backgrounds, and October 8’s line up was a testament to this. From young pianist Isata Kanneh-Mason, part of the incredibly gifted and hardworking Kanneh-Mason family to Britain’s Got Talent winner Colin Thackery, who at 89 years young, is nearly as old as Decca itself!

Both epitomise the diversity of Decca, and produced incredible performances to a packed-out audience. This was Colin’s debut at the Royal Albert Hall, but given the fervour for his rendition of “I Vow To Thee My Country”, expect it to certainly to not be the last. Isata similarly made her debut solo appearance at London’s landmark venue, showcasing her prowess behind the piano as she reworked two pieces from Chopin.