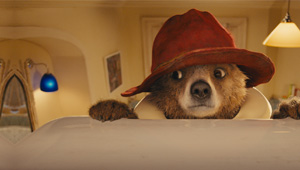 Studiocanal takes full ownership of the Paddington brand worldwide, including such activities as live entertainment, video games and theme parks.

Strong and internationally recognized brands such as Paddington Bear are a key driver in the development of Studiocanal and its parent companies Canal Group/Vivendi, a global leader in the creation and distribution of quality content reflecting European culture.

In addition to Studiocanal’s expertise in film and television production, Paddington will benefit from the Group’s wide range of assets, especially in the live show and concerts business (via Universal Music Group and Vivendi Village) and video games (Gameloft).

The Paddington movie, released in 2014, was Studiocanal’s biggest success with a global box office of close to 300 million dollars. The production of Paddington 2 started in October 2016, to be released late 2017.