Vivendi is proud to have supported Paris 2024’s victorious bid 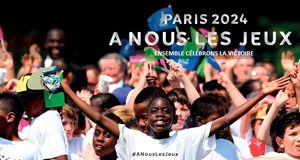 Vivendi, the only media company among the official sponsors of the Paris 2024 bid, is proud to have supported Paris in its successful bid to host the 2024 Olympic and Paralympic Games. For more than a year, the Group has provided its media and content expertise to the Committee, and its businesses have been closely associated with all the highlights of the campaign.

Through its audiovisual arm OFF.tv, Universal Music France produced some 50 videos covering news on Paris 2024. In addition, during the Olympic Days held on June 23 and 24, Prequell, a Universal Music artist, together with 80 musicians, staged a reinterpretation of Ravel’s Bolero in a live performance on the floating running tracks between the Pont Alexandre-III and Pont des Invalides bridges.

A major sports player and one of the broadcasters of the Rio 2016 Games, Canal+ promoted the Paris bid on its sports channels (Canal+ Sport, Infosport+) and through other activities (Cannes Film Festival, the French Césars, the Grand Journal and Touche Pas à Mon Poste live shows). Canal+ also produced a 20-minute behind-the-scenes documentary on the international promotion of Paris 2024 and once a week dedicated a segment of its “Le+” show on Infosport+ to Paris 2024.

Gameloft designed a mini-game that allows users to discover the Paris bid for the Games in a playful and interactive way. Players are invited to visit the main sites planned for the 2024 Olympic Games in Paris, from the Chateau de Versailles to the Eiffel Tower, choosing to incarnate Teddy Riner or Marie-Amélie Le Fur, two French Olympic champions. More than 850,000 plays have been recorded to date and the game is still available on run.paris2024.org/.

Dailymotion, the web platform hosting the official Paris 2024 channel, broadcasted highlights of the many promotional and other events surrounding the bid. It will also live stream the concert that will be held this Friday, September 15, in front of the Paris town hall, a concert which will also be broadcast on the Group’s French free-to-air channel C8. Several Universal Music artists will perform during this concert.

Through all these initiatives, Vivendi successfully performed its role of relaying emotions, the theme adopted by the Group for its partnership with the campaign.