The Yellow Lounge comes to Paris 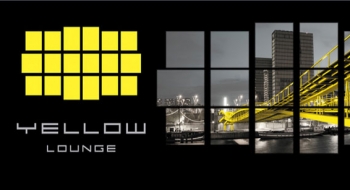 After touching down in Berlin, London, Amsterdam, Salzburg, Zurich, Vienna, Stockholm, Rio de Janeiro, Dublin and many other cities around the world, on June 26 the Yellow Lounge is coming to Paris, at the Batofar concert venue.The Yellow Lounge concept involves moving classical music out of traditional concert halls and into the hottest clubs, with DJs playing only classical music while VJs screen live footage of the guest artists along with graphic visuals. This first Paris event will feature performances by two Deutsche Grammophon artists: Valentina Lisitsa, the 2.0 pianist and most-watched artist on the web, and Francesco Tristano, who plays both classical piano and electronic keyboards. Reserve your spot through Digitick to be among the first to attend these new events.

After the success of its Canal Football App, Canal+ now presents the Canal Rugby App for rugby fans. It offers a second screen to let viewers experience the Top 14 games and the suspenseful French Championship to the max, thanks to an all-new type of immersion into the rugby world. The multicam function lets users select different angles to watch the highlights or see them again; choose from among the various cameras available at the game; see slow-motion takes, close-ups and new angles; and experience content from before and after the game (the players’ arrival at the stadium, the warm-up, locker-room and other hidden scenes, post-game interviews, reactions and press conferences, aired in their entirety). Last but not least, it has a live-tweet function that allows users to share their thoughts in real time with the rest of the rugby community.

Activision’s Skylanders was named Overall Best Licensed Program of the Year, at the Licensing Expo 2013 in Las Vegas, who took place from June 17 to 20, by the International Licensing Industry Merchandisers’ Association (LIMA). This year’s 15 awards recipients were chosen from a ballot of stellar nominees via an industry-wide search and determined by a vote of LIMA’s membership. The awards honor the best, most successful licensed properties, products and campaigns in five distinct categories: Art or Design; Character or Toy Brand; Corporate Brand; Film, Television, Celebrity or Entertainment; and Sports.As a reminder, over 100 million Skylanders figurines were sold world-wide and the two games generated over 1 billion dollars in global retail sales within two years. The third opus, Skylanders SWAP Force, which introduces an innovative feature – dynamic swap ability, swapping the top and bottom halves of the toys, is set to release in North America on October 13, Australia on October 16 and Europe on October 18.

For the seventh year in a row, SFR is partner to Rencontres d’Arles Photographie, which will run from July 1 through September 22, 2013. SFR will participate by exhibiting the work of the four winners of the Jeunes Talents – Rencontres d’Arles 2013 competition, which focused on the theme of “Photography and Post-production.” They created images inspired by dreams and the imaginary, reinterpreting reality and retouching the original images to create photomontages or add human figures. The four young talents will have their work exhibited at the Parc des Ateliers during the festival and projected at a special evening event, and will participate at various events where they can meet and speak with professionals. They will also have the chance to be seen and recognized by photography professionals and the general public. For more information about the young artists, visit the Jeunes Talents site.

GVT is expanding its operations in northeast of Brazil with the start of operations in the historic center of Recife (PE). Consumers will have the triple play offer with broadband services of 5Mbps to 100Mbps, Pay TV channels in high definition in all packages, and customized plans for fixed telephony. The investment is more than R$ 600.000 for the construction of more than 1.000 access for telecommunications services. GVT has already invested over R$ 100 million and reached capacity over 136.000 access in the state. Over than R$ 15 million investment in the metropolitan region of Recife in 2013 are provided. 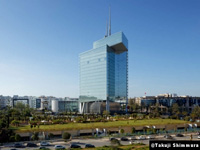 Maroc Telecom has officially opened its new head office. A glass tower designed as a showcase for the operator’s experience and expertise, it features special energy-efficient technologies. The 23-storey building was designed to facilitate lower energy consumption, optimal water management and users’ acoustic and thermal comfort. This eco-friendly, socially responsible initiative earned the Maroc Telecom tower special recognition from the jury for the Highrise Building Award at the Ecobuilding Forum in Paris. Formerly based in several buildings in Rabat, all of the operator’s departments will now function from the tower, which can accommodate over 800 people.