The one-day, cross-channel, cultural festival Le Crxssing debuted with great success in China on September 5, thanks to the close cooperation of Universal Music Group, Havas Group, Gameloft and Studiocanal. It covered Chinese and French music, entertainment, art & fashion in a funky, cool, professional and stylish event.

In the large, open-plan performance area of the Bandai Namco Dream Hall, the first Le Crxssing in Shanghai took inspiration from China and France’s rich cultural heritage and celebrated the bond between both the countries forged by collaboration and creativity.

This international event was made possible thanks to the efficient collaboration of UMG, Havas Events Shanghai, Gameloft and Studiocanal, and to the sponsors of the event, Citroen, Perrier, A tout France and L’Or/JDE.

The brainchild of Vivendi, le CrXssing festival is an avant-garde celebration of creativity and entertainment, and was born in London in the legendary Abbey Road Studios in 2017, and moved to King’s Cross in the prestigious Central St Martins College the following year. The event spread out to Paris in 2019 and will move to Tokyo next.

The performers for the Chinese event included Luo Ning, an award-winning jazz pianist, winner of “Best Jazz Album” from CMA Music Awards in 2019 (China’s Grammy), composer and musician, and Claire Laffut, a model, painter, and singer.

The two artists also co-performed a piece that narrated the musical heritages of both countries, La Vie en Rose and Gare Du Nord. 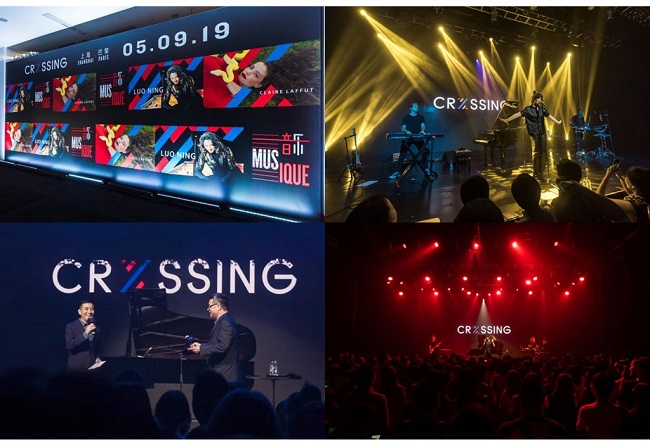